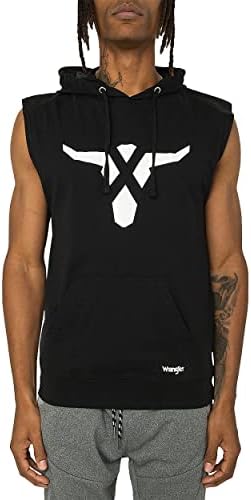 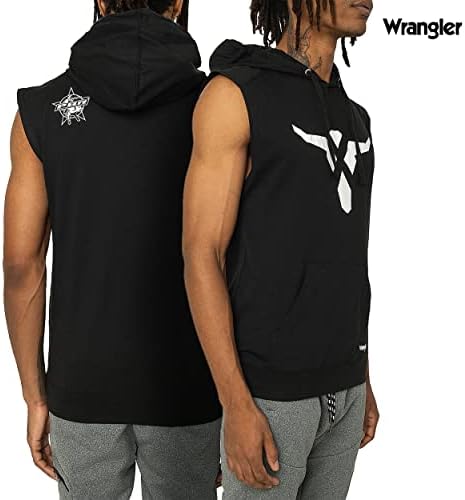 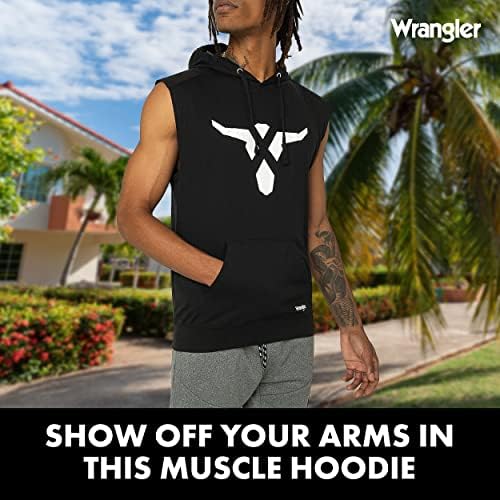 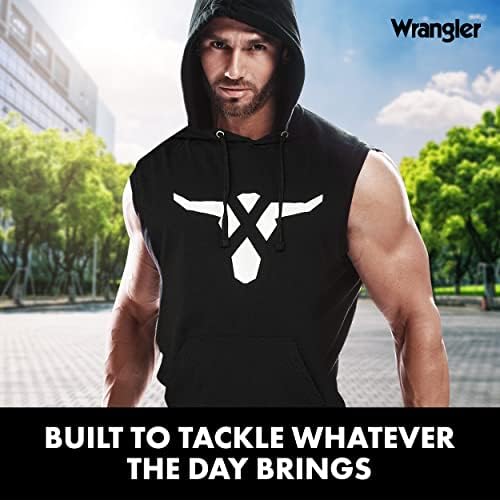 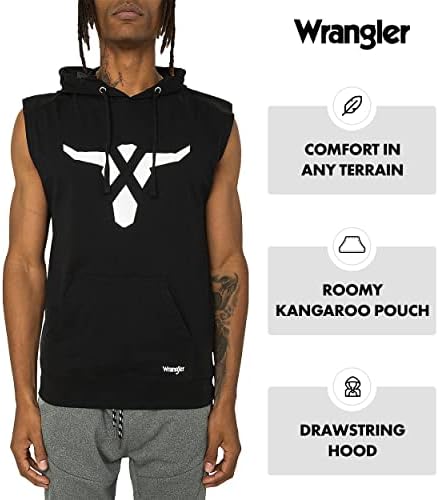 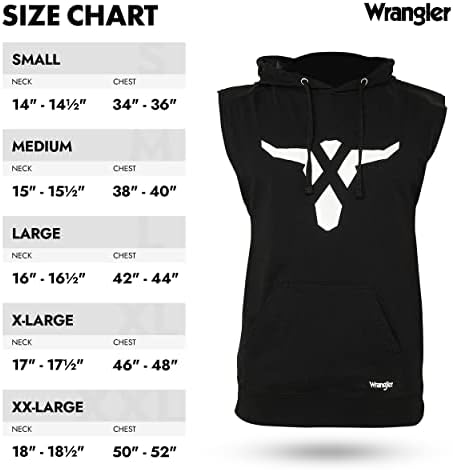 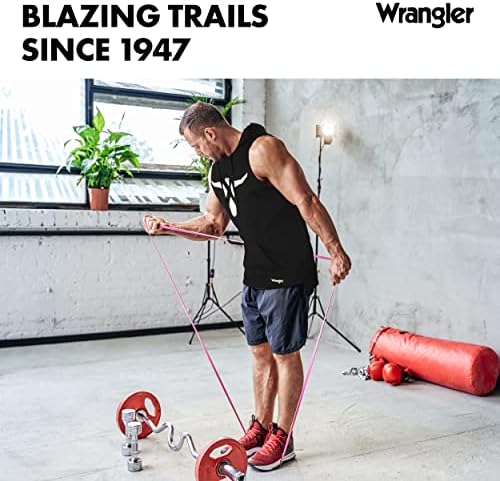 Imported
Pull On closure
MENS WORKOUT TANK TOPS: Wrangler’s sleeveless workout shirts for men brings together all day comfort in a casual style. Sporting a large ox head logo on the front, this mens muscle shirt is perfect for any PBR fan. This tank top sweatshirt has that laidback look you’ve come to love from Wrangler.
WORKOUT HOODIES FOR MEN: Men’s workout hoodies aren’t always the best option when working or running outside in the cold. Even after a short time you get overheated and are stuck choosing to keep your hoodie on and be too hot or take it off and be too cold. This mens muscle tank top is the perfect solution. It warms the core of your body but allows for breathability.
MENS SLEEVELESS WORKOUT SHIRT: This hooded muscle sweatshirt for men lets you show off all the hard work you’ve been doing. When it’s time to get back to the gym and work some, bring this sleeveless hoodie with you for some inspiration!
LIGHTWEIGHT HOODIE: Wrangler aims to make apparel practical. These muscle tank tops for men are lightweight but built to be strong and durable enough to stand up to any test you’ll face.
OPTIONS: These mens workout shirts are available in various colors. We offer a range of sizes starting from medium muscle shirts to 2XL muscle shirts.

There are no reviews yet.

Added to wishlistRemoved from wishlist 0

Added to wishlistRemoved from wishlist 0
$10.56

Topvaluestore.com participates in the Amazon Services LLC Associates Program, which is an affiliate advertising program designed to provide a means for websites to earn advertising fees by advertising and linking to amazon.com

Product categories
Direct Links
We use cookies on our website to give you the most relevant experience by remembering your preferences and repeat visits. By clicking “Accept All”, you consent to the use of ALL the cookies. However, you may visit "Cookie Settings" to provide a controlled consent.
Cookie SettingsAccept All
Manage consent

This website uses cookies to improve your experience while you navigate through the website. Out of these, the cookies that are categorized as necessary are stored on your browser as they are essential for the working of basic functionalities of the website. We also use third-party cookies that help us analyze and understand how you use this website. These cookies will be stored in your browser only with your consent. You also have the option to opt-out of these cookies. But opting out of some of these cookies may affect your browsing experience.
Necessary Always Enabled
Necessary cookies are absolutely essential for the website to function properly. These cookies ensure basic functionalities and security features of the website, anonymously.
Functional
Functional cookies help to perform certain functionalities like sharing the content of the website on social media platforms, collect feedbacks, and other third-party features.
Performance
Performance cookies are used to understand and analyze the key performance indexes of the website which helps in delivering a better user experience for the visitors.
Analytics
Analytical cookies are used to understand how visitors interact with the website. These cookies help provide information on metrics the number of visitors, bounce rate, traffic source, etc.
Advertisement
Advertisement cookies are used to provide visitors with relevant ads and marketing campaigns. These cookies track visitors across websites and collect information to provide customized ads.
Others
Other uncategorized cookies are those that are being analyzed and have not been classified into a category as yet.
SAVE & ACCEPT